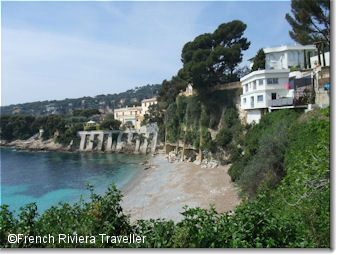 A place of delightful walks 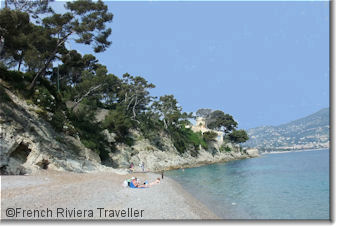 Often counted as having the world's most expensive real estate, St-Jean Cap Ferrat, is perhaps the most exclusive and beautiful spot on the entire Cote d'Azur. This thickly wooded peninsula has been a not-so-secret hideaway for the rich and celebrated ever since Belgian King Leopold II built a love-nest there for his teenaged mistress early in the 20th century. He gradually acquired a good deal of land on Cap Ferrat and his prestige attracted other glitterati.

Baroness Ephrussi de Rothschild built a splendid palace on a hillside overlooking the sea and furnished it magnificently with antique furniture, paintings and tapestries. Other royals and tycoons built sprawling villas that attracted artists, entertainers and politicians. From Charlie Chaplin and Elizabeth Taylor to a succession of French, British, American and Russian heads of state, there are few 20th-century notables that bypassed Cap Ferrat.

With real estate prices climbing to €44,000 a sq m (!) St-Jean Cap Ferrat is in no danger of going out of business but long-time residents worry that the stream of foreigners buying up land for investment of secondary residences has left the peninsula eerily empty most of the year. Recently, a furor erupted when British billionaire Robert Bourne bought the Cap Ferrat zoo and promptly closed it to create a luxury hotel-spa complex.

What to See and Do

Unless you are or know a billionaire, you will not be seeing the inside of the walled and pine-screened estates that nearly blanket the peninsula. Walking the quiet, tree-lined streets past the gated compounds is like glimpsing a party to which you have not been invited. Not to worry. Even 'commoners' will be enchanted by the indented coastline, stunning sea vistas, and rugged walks of Cap Ferrat.

After visiting the the palace and gardens of the Musée de Ephrussi de Rothschild, take the well-marked coastal path around the peninsula. The beaches nestled under the cliffs are some of the best beaches of the Riviera. A walk along the Promenade Maurice Rouvier to Beaulieu-sur-Mer takes you past a parade of Belle-Epoque villas. The 11th-century Saint Hospice Chapel is a charming spot and right next to the Belgian Cemetery for WWI victims. See more details about walking Cap Ferrat.

And don't forget the Seashell Museum with 4500 specimens.

Getting to Saint-Jean Cap Ferrat

By Car
Take the Basse Corniche to Beaulieu-sur-Mer and follow signs to Cap Ferrat. There is little public parking which can be a problem in July and August.

By Train
Ligne 4 travels along the coast and stops at Beaulieu-sur-Mer from which it is a long walk to Cap Ferrat.

By Bus
Ligne d'Azur runs bus 15 from Nice to Beaulieu-sur-Mer which stops at a number of places in Cap Ferrat.

The Saint-Jean Cap Ferrat tourist office is on 59 av Denis Semeria, the main road leading into Cap Ferrat; Grab a map before heading out to the walking trails.

From Nice to Monaco