Nice has, hands down, the best and most varied nightlife on the Cote d'Azur. From grungy pubs to chic piano bars to dance clubs, the party scene in Nice rocks! Looking for live music in Nice? There's a lot to choose from. 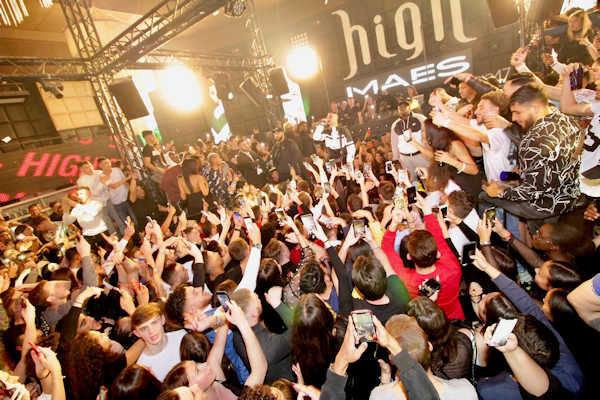 The town's splashiest disco is the high-octane High Club on the Promenade des Anglais open Thursday to Saturday from 11.45pm. Star DJs get the main room bouncing with the latest beats and there's a smaller, quieter room, Studio 47, for more traditional tastes. Admission starts at €15. Dress up.

The oldest gay bar is Le 6, open from 10pm Tuesday-Saturday, which sometimes presents live music. Open Friday to Sunday from 11.30pm, Le Glam presents drag shows, boys nights, kitsch nights, cabaret and more. The music is techno, house and dance. The place to look for a casual partner is the cruise bar, Le Code, open nightly from 10pm or Eagle Bar. To keep the party going, head to Klubber Nice which opens at 5am.

Let's start with some of the best neighborhoods for nightlife.

but there's also night action along the quays and in the streets that radiate out from avenue Jean Medécin. The latest neighborhood for a bar and cafe crawl is around Place du Pin near Port Lympia.