Get in early. Book a Nice hotel now!

The Massena Museum (Musée Masséna) is located in the neoclassical Villa Masséna which was built in 1901 for Victor Masséna, grandson of Marshal Masséna. His designated architect was Hans-Georg Tersling, one of the stars of the Belle Epoque period. Victor's son bequeathed it to Nice in 1917 on the condition that the garden remain open to the public and the villa become a museum. Done! 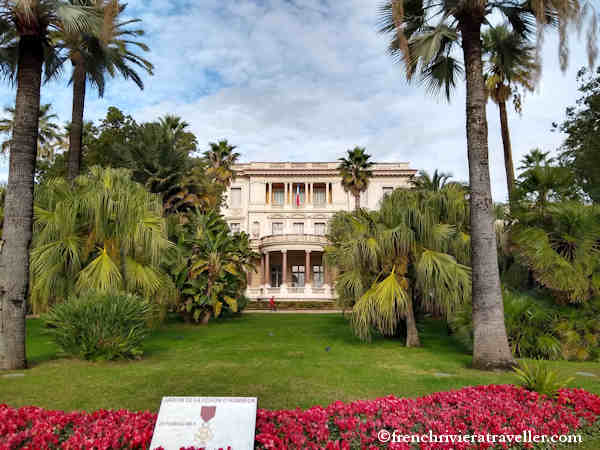 The villa slipped into decay over the years but reopened after extensive renovations in 2008. Go through the iron gate into the luxuriant English-style garden. On your right you'll see a memorial to the victims of Nice's 2016 terrorist attack. On the evening of July 14, 2016 while the Promenade was full of revelers celebrating Bastille Day, a Tunisian national drove a cargo truck onto the Promenade, killing 86 people and injuring 458 others.

“En memoire de Nos Anges” (In memory of our Angels) displays photos of the victims topped with the fountain of national tribute used in a prior commemoration. It is surmounted by a heart, formed by the names of the 86 victims, made by the football club OGC Nice.

The entrance to the museum is on the northern side past the garden. The rectangular entrance hall is an eye-popping display of classical Greek style. Notice the early 19th-century frieze of classical scenes and the statue of Napoleon represented as a Roman emperor. It’s been welcoming visitors since the villa's opening as a reminder of the man who Marshal Masséna served.

The rooms on the first floor are devoted to tracing the history of Nice through portraits, drawings and paintings. There are three main galleries devoted to: Nice from 1792 to the fall of the empire in 1814; Nice under the Restauration Sarde; Nice from 1860 to 1914. Rooms radiating out from the galleries are devoted to Masséna, the urban development of Nice, the daily life of the Niçois and the Carnival.There's Garibaldi in his trademark red shirt, a regal Queen Victoria, Napoleon and various lesser luminaries. Don't miss the representations of old Nice including a rustic Promenade des Anglais, Place Masséna, the first Anglican church in Nice, a tree-lined avenue Jean Médecin and a sleepy Port Lympia.

The second floor is devoted mainly to temporary exhibitions plus rooms honoring the artistic life of Nice, including the musicians, writers and painters who lived and worked in Nice. Note that all explanations are in French only.

The interior is beautifully lit from both natural and artificial sources and the upper rooms have lovely views of the sea. Unfortunately, there is little available for English-speaking visitors as the signs and explanations are only in French.

The museum is closed Tuesday, January 1, Easter, May1 and December 25.